Great Signs for Mount Isa Tourism on the Cards 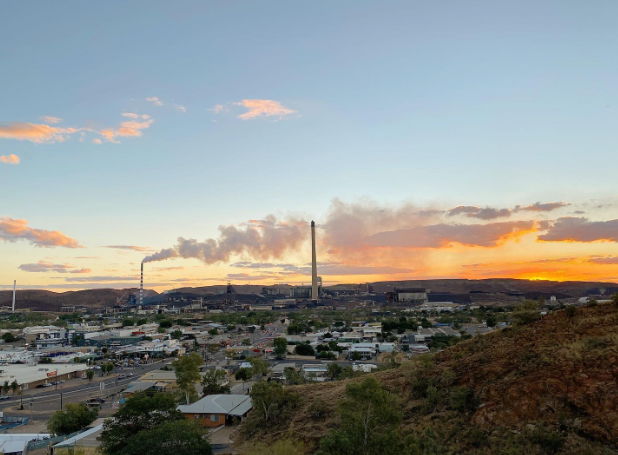 Highway billboards that promote Mount Isa tourism will be overhauled and interpretive signage about Mount Isa Mines will be installed at the City Lookout thanks to funding Council has received from the Queensland Government.

Council has been awarded $114,814 by the Department of State Development, Tourism and Innovation to upgrade tourism and interpretive signage across the city.

The project includes refacing Outback at Isa’s billboards on the entry points into town, as well as taking over ownership of current signage in need of maintenance, such as the information signs on Tharrapatha Way that provide insights into local native wildlife, the environment and Indigenous culture.

New interpretive signage throughout the city will highlight some of Mount Isa’s newest art installations, including the Family Fun Park mural, water tank art at the City Lookout and the light installation on Rodeo Dr and Miles St roundabout, and will make additions to Mount Isa’s existing Arts and Culture Walk.

The final stage of the proposal is to install a number of interpretive signs at the City Lookout.

This includes working with Mount Isa Mines to install an “interactive skyline” of the mine looking west from the lookout, to help visitors and residents understand the vast operations and landmarks of the mine visible from the City Lookout.

Councillor Peta MacRae, who is responsible for the Tourism portfolio, said many of the signs and billboards were long overdue for a facelift.

“For instance, after years of being exposed to the elements, the signs along Tharrapatha Way were so faded and cracked that they had become unreadable,” Cr MacRae said.

“It’s fantastic that they will be replaced, because they offered some fascinating information about native plants and animals and the Kalkadoon People’s connection to them.

“This funding will also enable the prominent tourism billboards on the highway coming into town from both the Camooweal and Cloncurry sides to be redone and replaced, which is brilliant news, as they sell our city to many tourists who drive into town and it’s really important that they look their best.

“The interpretive signage that we’ll be installing at the Lookout will be a first for this popular tourist attraction.

“It will give people the opportunity to learn more about what they’re viewing when they’re looking west over to the mines, so they’ll come away with a greater awareness and understanding of the operations.”