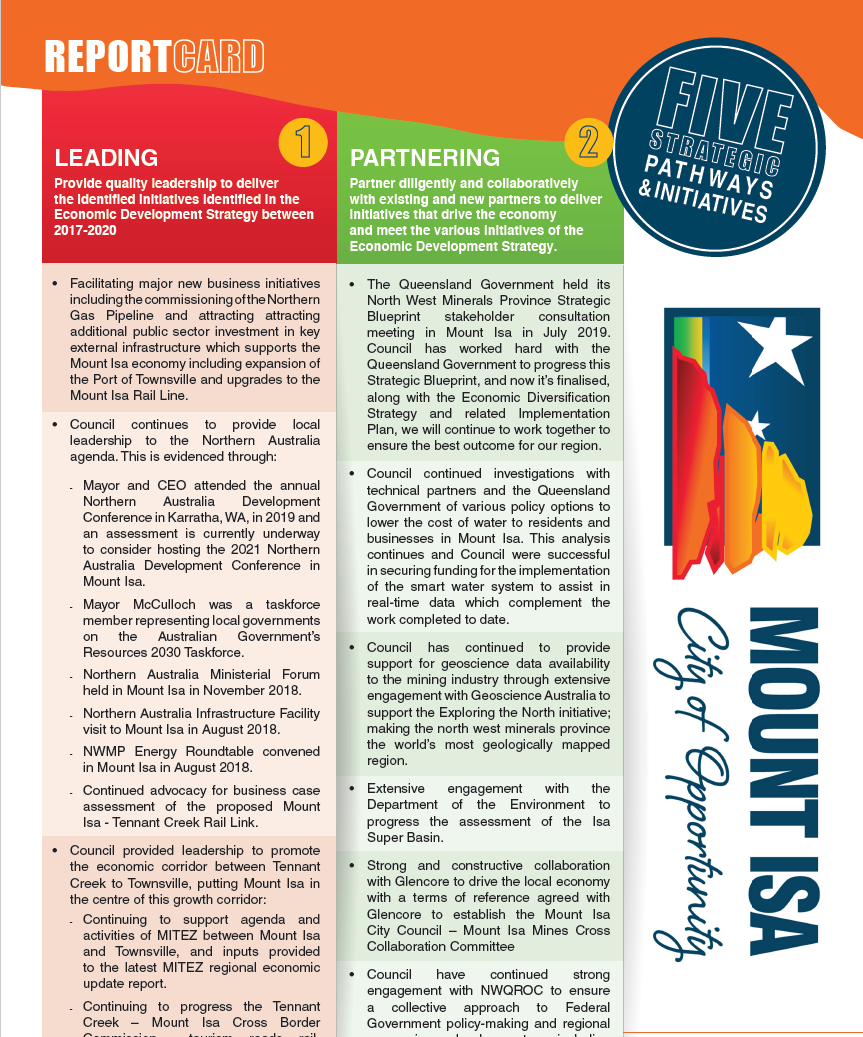 The report card is in for Mount Isa City Council’s economic development strategy 2017-2020 and the results are looking good.

Mayor Joyce McCulloch said the report identified highlights since the strategy was launched including ongoing investment and planning for infrastructure and tourism projects; advocacy in the form of engagement with state and federal ministers and MPs, and submissions to parliamentary inquiries on matters of importance to the city’s regional economy.

“The report card highlighted successful implementation actions under council’s 2017-2020 economic development strategy which continue to enhance the economic future for our region,” Cr McCulloch said. “Delivery of a diverse range of projects is underway with positive outcomes being achieved through collaboration between council, local business and industry groups, so there is an incredible amount of progress made and even greater outcomes to be realised.”

The report has identified progress in a number of areas of diversification, including progression of planning for the proposed Mount Isa Transport and Logistics Centre which is now in a business case phase. The city’s Tourism Strategy has been finalised by a working group of more than 60 local stakeholders and national industry experts (to be launched in February), and Council has been an active voice in advocating for Northern Australia development through involvement with the Resources 2030 Taskforce, MITEZ, Mount Isa Cross Border Commission, Geoscience Australia, and NWQROC, and has launched the city’s first Investment Prospectus.

Council has also committed heavily to improving liveability and social health and initiated the city’s most successful city pride campaign – “City of Opportunity” and hosted or supported more than 26 events each year throughout the community.