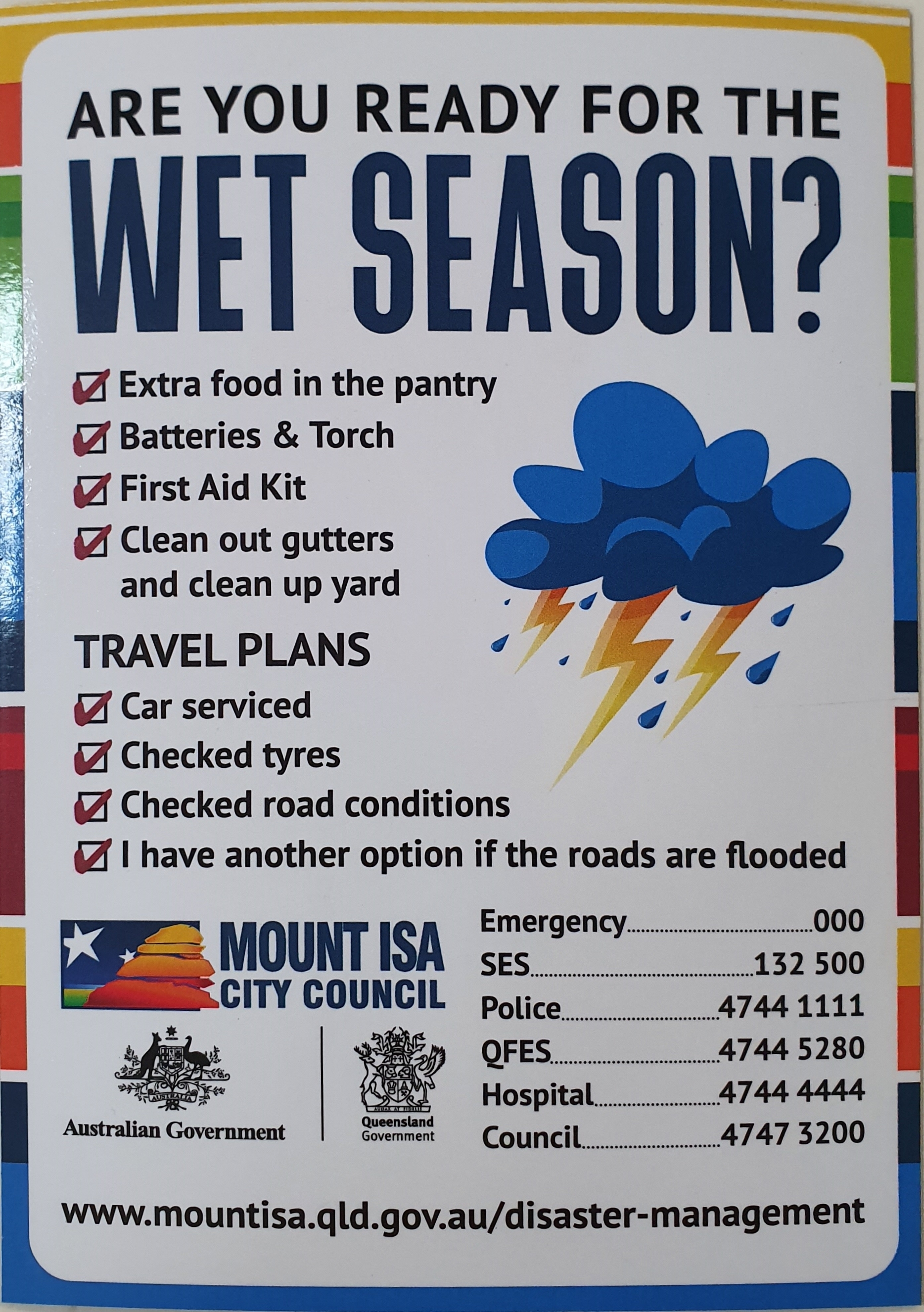 Council’s new educational and awareness campaign aims to keep locals and motorists safe during the Wet Season period, a time when destructive and powerful floodwaters can sometimes have tragic consequences.

The Wet Season Safety campaign includes two videos – one 15 seconds in length, and a longer 30-second version – which made their public debut at the recent New Year’s Eve Family Night at the Civic Centre.

The videos encourage pedestrians and motorists alike to stay out of flooded waterways, and outline some of the simple things people can take to be ready for a long car journey during the Wet Season, such as checking weather forecasts and road conditions before leaving, installing a UHF radio in their vehicle, and bringing extra snacks and water with them.

There is also an informative fridge magnet, which describes the steps people can take in their homes to prepare for the Wet Season, such as keeping extra food in the pantry, having extra batteries, a torch and first-aid kit on hand, and cleaning out their home’s gutters. It also includes handy travel tips and lists essential phone numbers in case of an emergency.

Mayor Joyce McCulloch said floodwaters could be deceptively strong and dangerous after heavy rainfall and it was vital that people stayed safe by not swimming or playing in them or attempting to drive through them.

“Our new campaign will hopefully encourage people to stop and think twice about the dangers of floodwaters and be prepared for this and future Wet Seasons,” Cr McCulloch said.

The campaign and magnets were made possible thanks to funding from the Queensland Government and Australian Government.